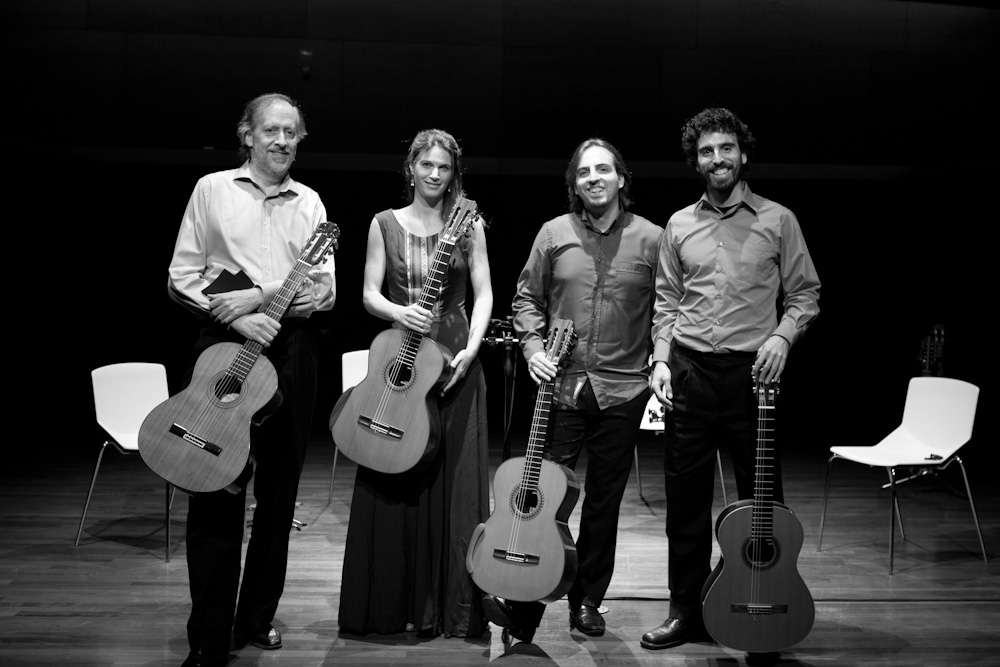 Their artistic focus is on the Latin American music.
The repertoire consists own arrangements and original compositions, with great influence of Latin American folklore, where are often used the traditional instruments like the Charango and Cuatro, which enrich the quartet sound and versatility.

The Quartet has performed several times in Germany and Chile